Coach Jeff Steigerwald and his team played in the McCandless tournament this past week and weekend.  And while the bats were solid and the team had some clutch hits, it was outstanding defense that was the story for this team in this tournament.  The team captured the #1 seed by going undefeated in pool play with victories against Seneca Valley (5-2), Bauerstown (11-5) and Laurel (9-0).  Elimination play started with a hard fought rematch vs Seneca Valley and a walk-off win (4-3) in the quarter finals before moving on to another rematch win vs Laurel (13-2) in the semis.  Pine Richland proved to be a worthy opponent in the final as they took a 7-6 lead into the bottom of the 5th.  However, the team scrapped out 3 runs in the bottom of the frame and the defense held them in the 6th to bring home the 9-7 victory and the Championship.  As stated, the defense was outstanding and only surrendered 19 runs in 6 games.  The team is coached by Jeff Steigerwald, Steve Bizich, Mark Geubtner, Brian Korenich, Ritch Rupert and Jim (Coach Pappy) Steigerwald.  Players are Ryan Bizich, Tavin Brown, Bryson DeFiore, Brantley Evans, Kaleb Geubtner, Kam Korenich, London Korenich, Lucas Liberto, Carson Mitchell, Cam Steigerwald and Nick Vitale.  Tag Sanderson also played for the team in prior tournaments.  Good luck at Pine Richland this week!! 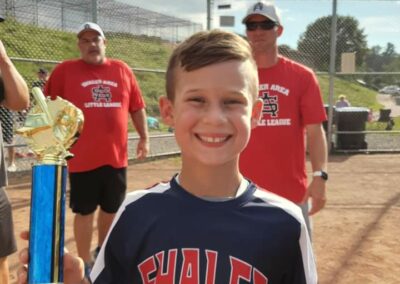 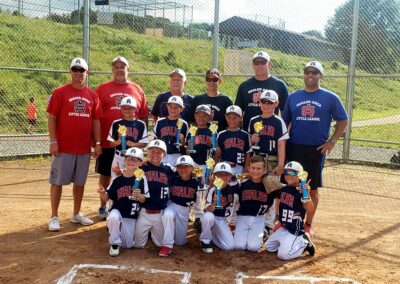 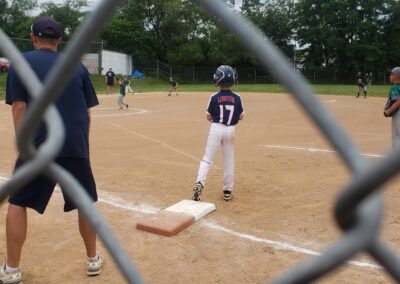 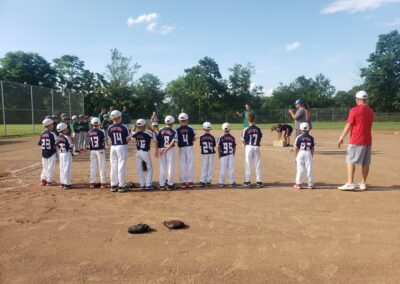 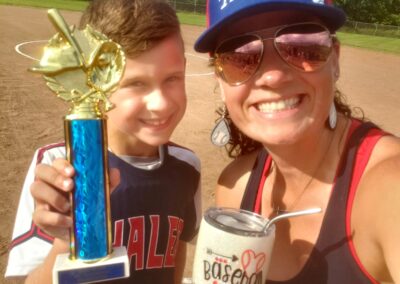 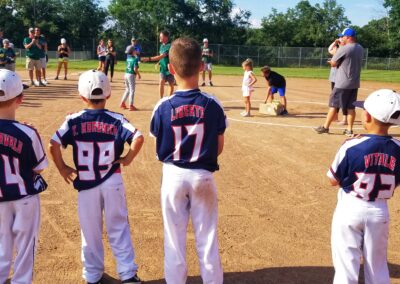 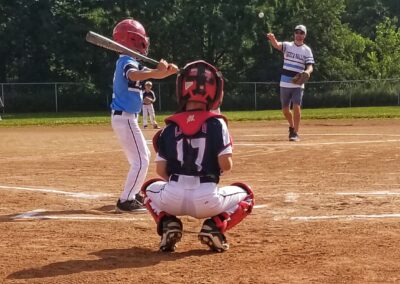 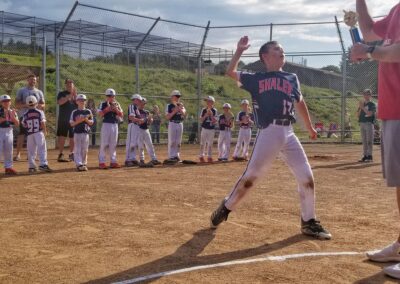